Participate in the Convention with a click: Five popular initiatives of norm with a gender perspective

A few days before the closing of the call for popular initiatives raised and articulated by civil society -one of the instances of citizen participation that allows certain specific proposals to be discussed in the Constitutional Convention and then be integrated into the new charter- there are more than 2,400 proposals sent. Many of them, with the focus on gender issues.

These proposals, which seek to be public policies, must be supported through online voting; and it is that, for them to reach the Convention, they must have a minimum of 15,000 signatures from at least four different regions.

For this reason, below we review, together with their creators and participants, six of the popular normative initiatives that seek to advance steadily in pursuit of equal rights for women and dissidence.

1. The right to sexual and reproductive health with a gender, feminist, intersectional and pluralistic approach

Initiative No. 45,166 was raised by the National Association of Midwives and Midwives of Chile (Asomat) in conjunction with the Observatory Against Violence, Parir Nos Chile, Matria Fecunda and Escuela Renacer, among other groups, and consists of the proposal of a Sexual and reproductive health law, in addition to a new Health Code.

For Katiuska Rojas, Executive Director of Asomat, the key point to understand the importance of the initiative and its social impact is based on the eradication of obstetric violence and other types of violence that occur in the field of health sexual: "We need to change the paradigm of health, with a gender perspective, so that we can tear down that heteropatriarchal, violent and conservative view that has been perpetuated for a long time."

For Rojas, this initiative is one of the most sensitive and direct, because medical care with a gender perspective, respectful, inclusive, feminist and pluralistic, must be given from the first arrival at health facilities: "It is an initiative that is expressed directly through the real attention that we generate body to body every day with people”.

The Association of Feminist Lawyers (Abofem) presented initiative No. 41,466, which consists of incorporating the gender perspective into the judiciary and the administration of justice.

Danitza Pérez, Executive Director of the association, explains that with this initiative they seek to open up the concept and not only talk about the judiciary, but also contemplate the administration of justice in Chile: "We want to make a mandate where everyone is obliged to incorporate the perspective of gender, always understanding that this is a tool that facilitates equality between men and women”. In addition, they consider the creation of control mechanisms.

The norm contemplates the existence of a direct mandate for the incorporation of the gender perspective. In that case, both male and female judges should rule, mentioning the particular characteristics of the case. However, Pérez comments that “we are at a constitutional level, the detail that the norm can have is never going to be enough, so, eventually, it is going to be a law that has to regulate how each body incorporates this gender perspective in its functions and in their obligations in general.

For Danitza, the relevance of this type of initiative lies in a paradigm shift, by which everyone can feel protected and that, when there is some type of violation, effective protection can be demanded from the State. “This rule seeks to incorporate a tool that can be decisive when a woman is a victim of violence or not. We could generate a change in our society in the medium and long term.” 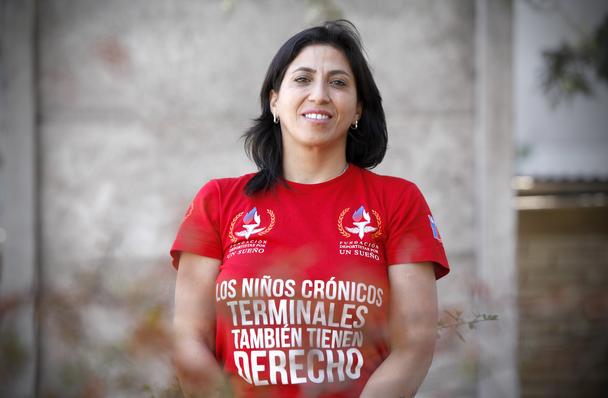 3. A feminist education for Chile: Secular, public and non-sexist

The Educational and Feminist Network (Redofem) articulated initiative No. 38, which seeks to strengthen public and secular education with a feminist approach.

For Angélica Montaner, teacher and member of the network, the initiative initially proposes a secular public education: "We are convinced that public education cannot be at the service of ideologies that are not supported by technological or scientific aspects because what does that, in addition, is to generate hate speech. Montaner adds that education must be non-sexist and gender violence must be eradicated from establishments. In addition, she points out that this initiative wants education to have mainly a feminist base to "respect all forms of life in our community, respect intersectionality and that there is interculturality in our establishments," she explains.

"We propose an educational program that allows all our students to have a general vision, a vision of all the key actors and actresses of our society." But in addition, she develops the specialist, what is sought is to unite disciplines or areas that have historically been seen as opposites, so that there is no such dichotomy or binarism between the sciences and the humanities. “We believe that they are complementary fields that take into account a variety of disciplines.”

This initiative obtained the 15,000 signatures necessary to reach the Constitutional Convention, and that is why they believe it is necessary to support other feminist initiatives, in such a way that "our new Constitution has to stop the established violence against women and dissidence, it has to condemn and it has to guarantee specific agreements or specific articles that can protect us.”

I have 10,000 copies of the same agenda item due to some synchronization errors between Microsoft Exchange and Goog… https://t.co/j1leyAmMFl

Arriba Mamas Chile gave way to initiative No. 10,398, which essentially seeks the protection of motherhood, families and absolute co-parenting through public policies.

María Verónica Campino, Founder and Director of Arriba Mamás Chile, says that the initiative contemplates that the State ensures the right of assistance and protection to all women during pregnancy and childbirth, in certain modalities and terms, and that it has a guarantor role. in terms of unemployment and helplessness. In addition, through this proposal, they seek to ensure and guarantee the equal rights and duties of fathers, mothers, caregivers or guardians in office.

And it is that for Arriba Mamás Chile, it is important to recognize and value everything that mothers do today: “Mothers have cultural barriers to enter the labor market, because society and legislation see the mother as the only subject of parental rights, the one who has to take care of the home and all the unpaid tasks. That is what we wanted to make visible, to make it understood that motherhood is an important edge of gender equality.”

This initiative seeks to promote and strengthen co-parenting, not only in heteroparental relationships, but also in homoparental and lesbomaternal couples. To this is added that this co-parenting also seeks to protect the situations of vulnerability experienced by women and mothers in Chile, that is, in cases of domestic violence, absent parents or parents who do not have parenting skills.

5. #FEMINIST POPULAR INITIATIVE for a life free of violence for women, children, diversities and gender-based dissidence.

Isadora Castillo, member of the Chilean Network against violence against women, develops that this initiative seeks that in the new Constitution there is a decree that guarantees a life free of sexist violence as a human right. So that the State commits itself, on the one hand, to having effective mechanisms that allow sanctioning, investigating, repairing and preventing this type of violence against women, children, diversities and gender-based dissidence. And on the other hand, that the focus be on promoting lives free of sexist violence.

The central point of this initiative is the creation of a broad framework that allows the identification of sexist violence. In addition, that an annual budget be ensured to be able to modulate actions that protect that right. And it is that there are currently laws that sanction sexist violence, however, these are understood in a disjointed way, being that they are closely related.

For Isadora Castillo, the support for these initiatives is relevant: “From our previous experiences, we can see that there are few tools available to deal with this type of violence, they are super bureaucratic and cumbersome processes and many times they remain there. . These types of initiatives must be seen as tools to be able to continue advancing towards more effective policies. Our goal is to promote lives free of violence.”

Initiative No. 9,638 was raised by the Women's Community and the Constitutional Nucleus of the Alberto Hurtado University. This proposal contemplates the right to care and recognition of domestic work and unpaid care.

The rule seeks that the new Constitution recognizes all people the right to care in three dimensions: the right to care, the right to be cared for and the right to care for oneself or self-care. The foregoing must include a mandate for the creation of a system that articulates the necessary benefits and compliance with the duties of reduction and redistribution of care under an intersectional perspective.

On the other hand, it is argued that the Constitution should specify that the work of care must be remunerated and could leave the mechanism(s) to legal regulation, without assuming compensation alternatives. In addition, the final text must incorporate the notion of care in its preamble and in the constitutional principles, as an interpretive framework for the configuration of State institutions.

Alejandra Sepúlveda Peñaranda, Executive President of ComunidadMujer, comments that unpaid care work is central to people's lives and to life in society "This type of work generates a contribution of 26% to GDP during 2020, according to the Banco Central. However, its distribution is not equitable and it falls on women in a disproportionate, unpaid and precarious way”.

“We believe that it is the State that should take charge, following the principle of social co-responsibility. To achieve this, it is essential that the right to care be recognized in the Constitution, and a mandate for the creation of a National Care System be guaranteed,” she explains.

How to support these initiatives?

Through the digital platform for popular participation (https://plataforma.chileconvencion.cl/m/iniciativa_popular/), you must log in either with a unique password or Identity Card and Serial Number, and you can support at least seven popular initiatives of norm.