According to legend, the ghost of a woman who died many years ago wanders this lake in an ethereal blue dress. Mysterious arms rise from the depths of the water and grab swimmers, and angry spirits live in submerged tombs.

For decades, Lake Lanier, nestled in the foothills of the North Georgia mountains, has been home to these and more terrifying stories. Although it is a popular destination for boating and water sports.

The lake was created in the 1950s by flooding valley communities that contained a cemetery, this has sparked legends that the place is cursed by spirits.

Historians say that some unmarked graves and other structures disappeared underwater. Additionally, more than 200 people have died in swimming and boating accidents on the lake since 1994.

According to historian Lisa Russell, the controversy surrounding the lake began before it was created. That land used to be fertile and full of wildlife, where there were productive communities like Castleberry Bottom.

But one day the US Army Corps of Engineers arrived, wanting to create a lake to power and water Atlanta. The government offered farmers money for their land to build on, but it turned out not to be enough for them.

Most of the families had lived there for generations. “Initially, the government assured landowners that they would be paid the value of the land and buildings, but it was difficult for residents to put a price on generations of memories, hard work and deep roots,” Russell said.

Eventually, about 700 families sold a total of 56,000 acres to the government, which dammed the Chattahoochee River to form the lake. And the farmers saw their land literally sink and disappear before their eyes.

READ: 27 bodies found under FL school with a history of brutality

Although many things were removed before the flood, the community used to have a cemetery. Marked graves were identified and moved, but it is likely that some unmarked graves were left behind; said Cesar Yabor, a spokesman for the US Army Corps of Engineers. 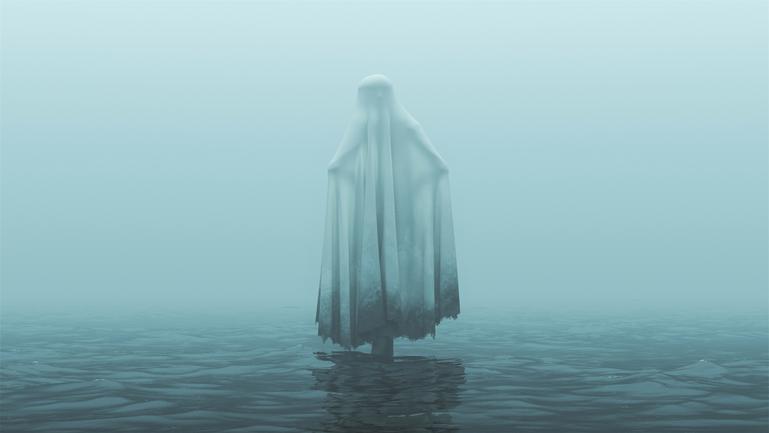 Russell believes that unmarked graves were also left behind because they were not easy to identify and there were no families to claim the remains of the deceased.

At the bottom of the lake there is also an old car racing track. The concrete base and some small buildings were also submerged, Yabor said.

Some people say they have heard chimes from the submerged church. But Yabor says that this is not possible, because no such structure was left at the bottom of the lake.

"The real charm in this story is how history has made it impossible to ignore what was done to the land in North Georgia," Russell said. “What was once a land belonging to indigenous people is now submerged in water, making it impossible to recover the lost culture.”

Over the years, swimmers have reported terrifying sightings under the dark waters. Some tell stories about a catfish as big as a Volkswagen, but the most popular story is that of the Lady of the Lake.

In April 1958, the most famous victim of this lake died, Susie Roberts, a woman who lost control of her car and crashed on the Lanier Bridge. Her car was left at the bottom of the water and with her death the legend of the Lady of Lake Lenier was born.

Two people were on board the vehicle, and although the body of passenger Delia Mae Parker Young was recovered a year later, the remains of Roberts and her vehicle were not located until November 1990.

Some say that the Lady of the Lake is Parker Young, who was wearing a blue dress the night she died submerged in the water. When the victim's remains were recovered she no longer had hands and was missing two toes. Residents claim to have seen the ghost of the woman without hands on the lake.

YouTube has videos of divers who have traveled to the depths to come across wreckage and sunken boats. In 2017, diver Buck Buchannon said that he has felt body parts on his excursions.

"You reach out into the dark and you feel an arm or a leg and it doesn't move."

LEE: Mexico will celebrate a Day of the Dead in a pandemic and with a broken heart